D&AD project to design a visual identity for an Audible Originals title that stands out and makes some noise.​​​​​​​
Tales from the American Frontier (or Old West) have fascinated us for decades. A world of crime and misfortune have always surrounded the old tales, but this podcast seeks to go beyond the legends and uncover some of the darkest crimes of the times. 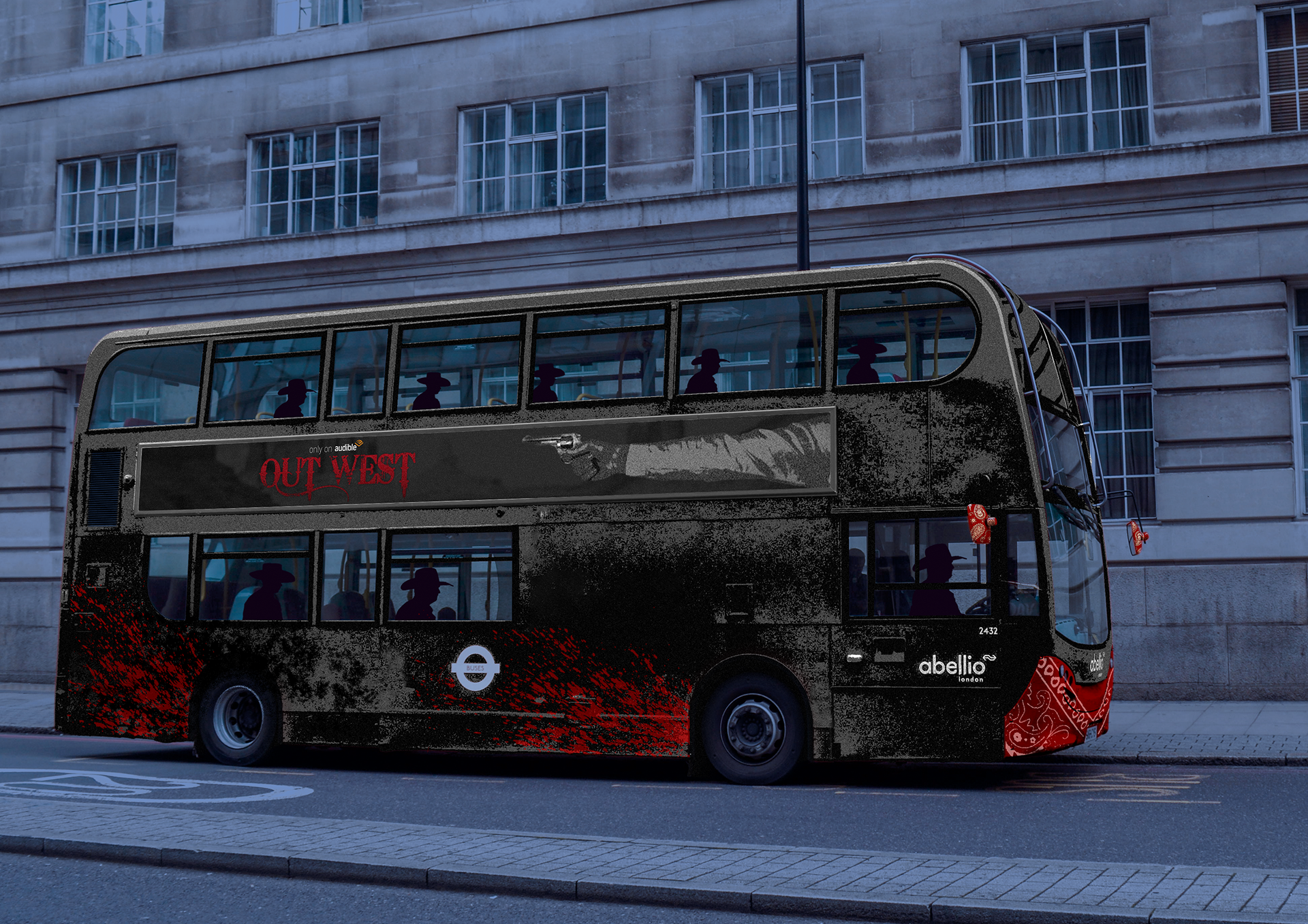 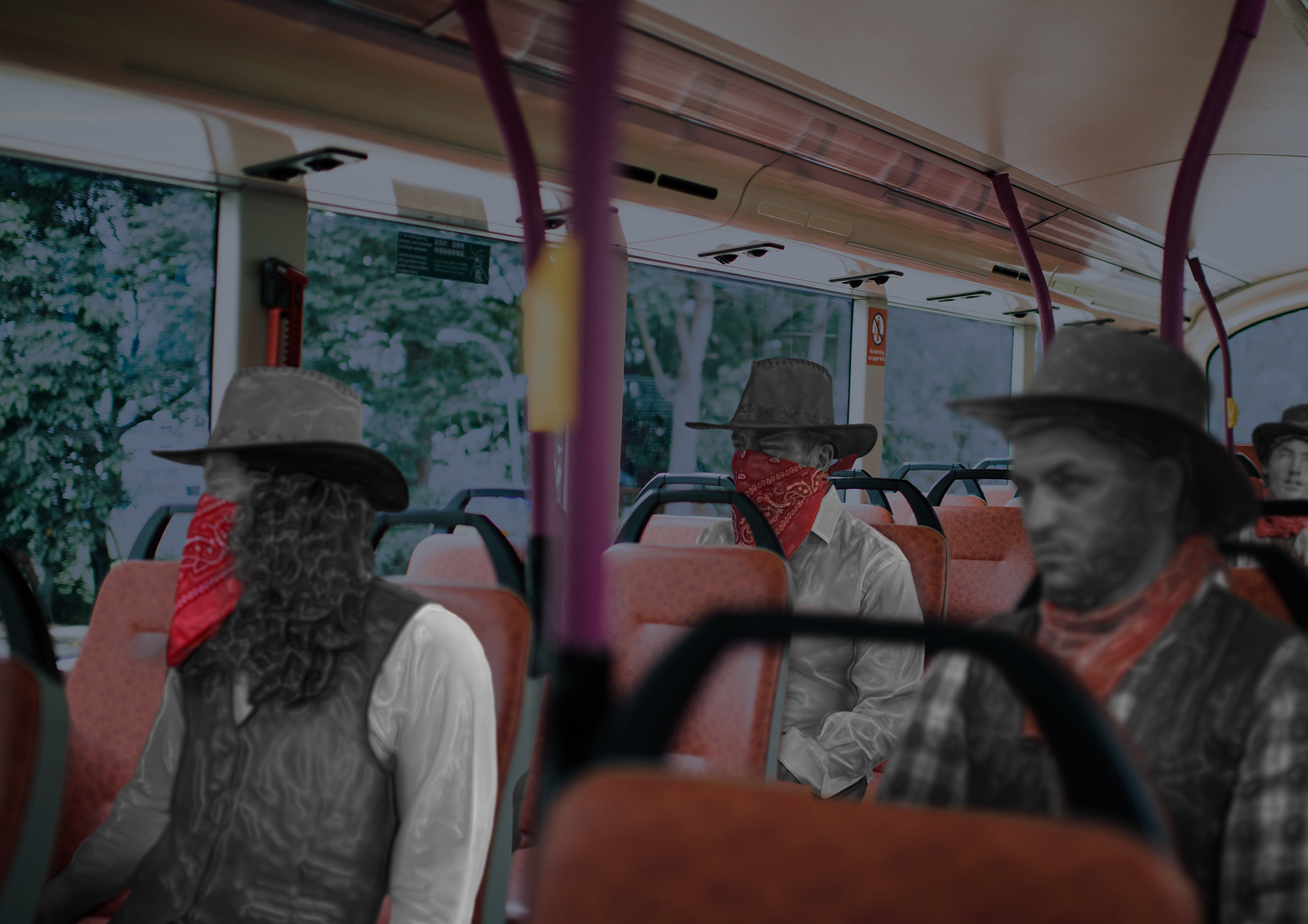 The outside of the bus is designed to be in stark contrast to the world around it, naturally drawing eyes to it whilst keeping the colour scheme of the project.
Due to this project being developed during COVID-19, the inside of the bus uses the seats already cordoned off by placing statues of outlaws and cowboys in black and white with a shocking red bandana. This creates a strong talking point about the podcast and Audible service, as well as a productive use of the negative space of the empty seats due to social distancing requirements. 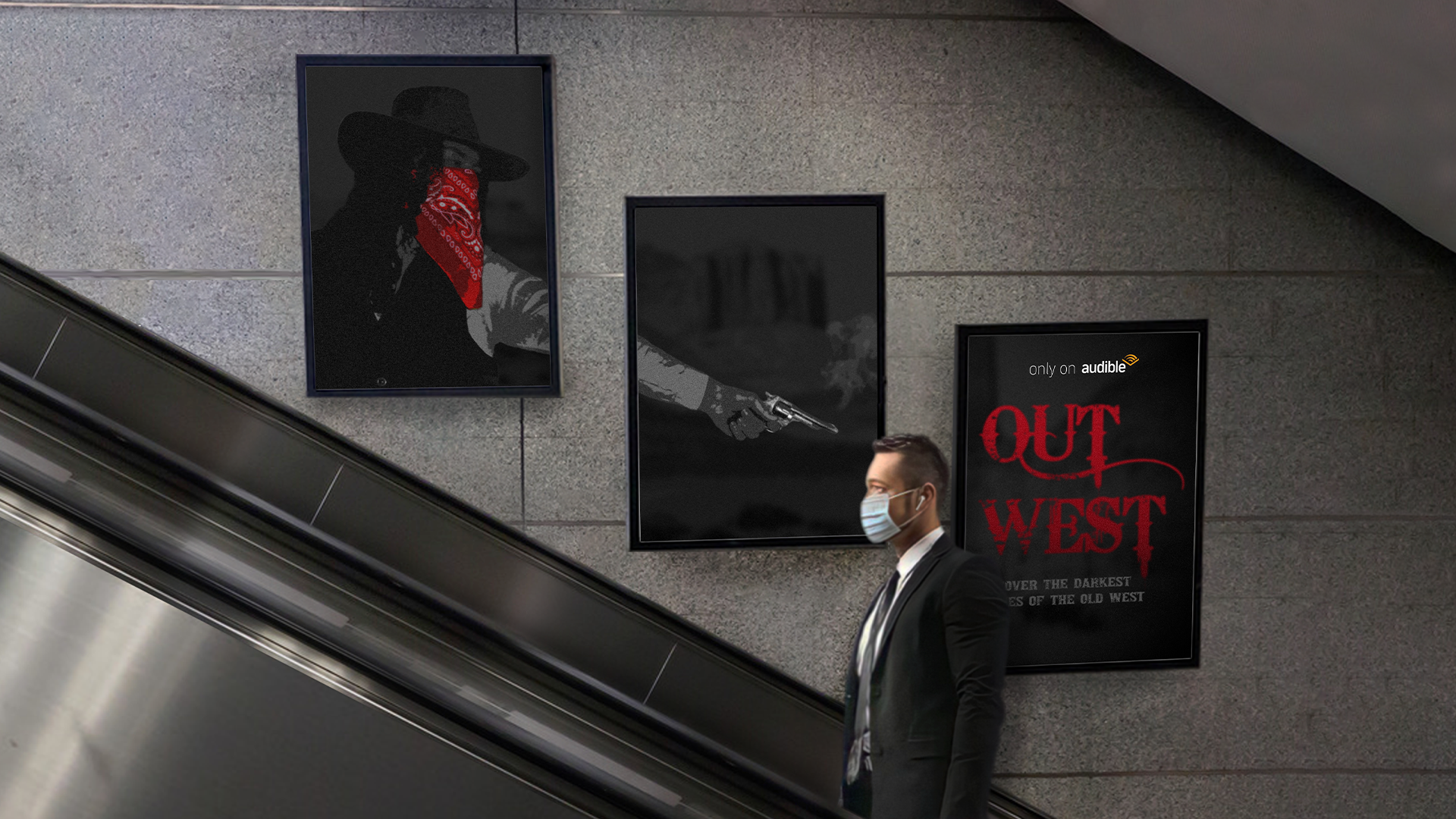 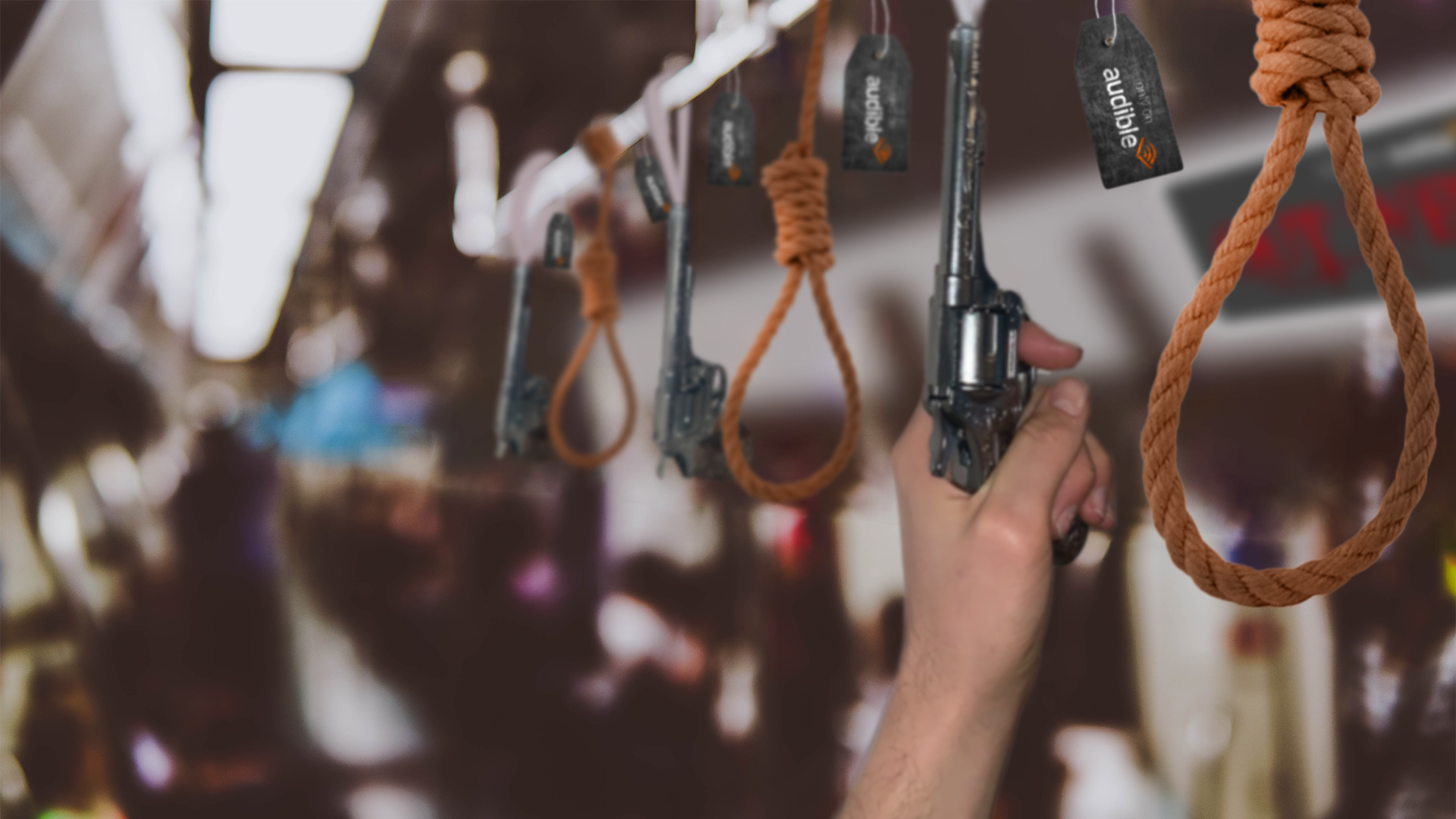 A poster campaign would be used, featuring the central outlaw character to keep themes congruent. It would be placed in heavy foot trafficked areas and is designed to look as if the outlaw is shooting passers-by.
To continue the intrigue and shock factor, the handles on trains would be swapped to guns and nooses. This is to keep the talking points going and keep the podcast fresh in people’s minds using identifiable tropes.
Using Augmented Reality, a graffiti style mural that allows interaction when you point your smartphone at it would be created. These would be placed in heavy foot trafficked areas within cities and appear overnight in a ‘Banksy style,’ allowing for maximum viewership and discussion regarding what and why it is there.
The mural would work in two ways; for your general passer-by, it would act as a static billboard to expose the podcast and raise awareness. Additional to this, those who were to take a picture of the mural would be greeted by the outlaw springing to life and shooting at them. This would increase the shareability of the campaign on social media and create a point of discussion between work colleagues, friends and family.

Swansea Timber & Plywood
↑Back to Top